To celebrate some of our nationâ€™s National Parks Week, Air Wick, along with some of Americaâ€™s biggest brands are getting in on the nature-saving action with ways to support and preserve our parks, rain or shine:

Enjoy the Parks at Home:

As a proud supporter of the National Park Foundation, Air Wick is introducing four new scents this spring including Yosemite, Channel Islands, Gulf Islands and Biscayne along with returning favorites like American Samoa, Hawaiâ€™i, Great Smoky Mountains and Virgin Islands in Scented Oils and Freshmatic Sprays. Not sure which fragrance fits you best? Take their Facebook quiz, â€œWhich National Park Are You?â€ to find out.

Parks, Coming to a Theater Near You:

Disneyâ€™s newest film Bears opens this week, and for every ticket purchased during National Parks Week, Disney will make a donation to the National Parks Foundation. Take a walk with a family of bears through Americaâ€™s wilderness without braving the elements.

Your Iced-Tea Habit Pays Off: 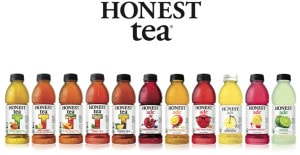 Organic iced tea brand, Honest Tea, is donating $25,000 to the National Park Foundation and is spreading the word about getting involved with your parks with their #ParkYourThirst Twitter campaign. Find the details by clicking the Honest Tea link above.

Answer to Do you know which naturalist was the first to persuade President Harrison to create Yosemite as the first National Park?Â  = John Muir

If you can’t get to a National Park this week, visit a green park and enjoy the fragrances as you take in the beauty they hold.

About the Author: Barbara

This site uses Akismet to reduce spam. Learn how your comment data is processed.

LOOK FOR IT HERE!